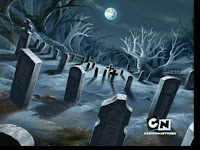 I thought I knew just how bad health care was in this country, but I was wrong. In fact, the following horrific detail is a shining example of compassion v cruelty, Democrat v Republican respectively. AP reveals a little known fact about Medicare, that kills people waiting for care so the government can save money. I’m not kidding.

Master toolmaker John McClain and bakery manager Shalonda Frederick … are unlucky enough to have gotten seriously ill in their most productive years. Theirs is a daily struggle against life-changing circumstances. After reviewing their cases, the government declared McClain and Frederick too sick to work and started issuing them monthly Social Security disability checks. Then they found out they'd have to wait two years to get health care through Medicare. Even though workers and their employers pay the payroll taxes that fund Medicare, federal law requires disabled workers to wait 24-months before they can begin receiving benefits.

Frederick needs an expensive injection to control her symptoms; McClain, a scan of a new, and potentially problematic, spot. Neither can afford it. Instead, they fend off creditors, sink deeper into debt and fume that a system they paid into all those
years isn't available when they need it.

McClain and Frederick are far from alone. An estimated 1.8 million disabled workers are languishing in Medicare limbo at any given time. And about one out of eight dies waiting. Many draw down their retirement savings to pay premiums through a previous employer's health plan. Others fall into poverty and are picked up by Medicaid. As many as one in three, like McClain and Frederick, wind up uninsured.

…Advocates for the disabled are hoping that repeal of the Medicare waiting period is finally at hand. "The current law is really indefensible," said Sen. Jeff Bingaman, D-N.M. "There is no logic behind requiring people who are determined to be disabled to wait two years before they become eligible for Medicare." Bingaman introduced a bill to phase out the waiting period, and as a senator Obama co-sponsored it.

Here’s where the Republican ideology comes in, where everyone is inherently evil, and can’t be trusted, especially with health care.

It turns out there is a simple explanation for the waiting period: cost.

In 1972, Congress and President Richard Nixon agreed to expand Medicare to
cover not only seniors but the disabled. They created a waiting period to
minimize costs and discourage people from gaming the system.

When it comes to people dying of cancer, you can't help but be sympathetic," said Sen. Charles Grassley, R-Iowa. "But at a time when we have a big downturn in the economy, it may be questionable what can be done in a lot of these areas." Grassley, the senior Republican on the Senate committee that oversees Medicare, said he hasn't made up his mind about a repeal of the waiting period.

According to Grassley, if you’ve got cancer there’s not a lot that can be done, questionable anyway, especially in an economic downturn. Sorry if you have to die without getting costly help, but times are tight you know.

When one out of eight die waiting for Medicare’s assistance, something is terribly wrong. When you care more about an unfeeling embryo and than the pain and suffering of a child or adult, there is also something terribly wrong.
American's deserve better.
Posted by John Peterson, Democurmudgeon at 12/23/2008 01:42:00 PM