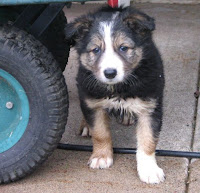 Republicans have only dug their heels in deeper after being criticized for deregulation and creating a global crisis with trickle down ecconimics. They’re still sure they are right, and all that’s needed is a little tweeking.
Meanwhile, the rest of us are suffering through a Dickensian rebirth. This sad story appeared in the Canadian CBC News:

A growing number of Americans are giving up their dogs and cats to animal shelters as the emotional bonds between people and pets get tested by economic ones. For example, a man turned his two dogs over to help pay for his mother's cancer treatments.

Rising economic anxieties make it increasingly difficult for some pet owners to justify spending $1,000 a year or more on pet food, veterinary services and other costs. The faltering economy forces many people to relocate often to rental complexes that don't allow pets.

Meanwhile, the population growth at animal shelters in Connecticut, Nebraska, Texas, Utah and other states shows how the weak economy is also shrinking the pool of potential adopters. And it coincides with a drop-off in government funding and charitable donations. Adam Goldfarb, a Humane Society spokesman said, "One of our major goals is to develop and celebrate the bond between people and animals. It's so tragic when families reach a point when they can't afford to care for their pets."

"It's been devastating," said Amy McNally, a spokeswoman for the SPCA program. "For somebody to say, 'I can't afford to feed my dog' — it's a humbling time."

Conservatives have us right where they want us. Weak and without our best friends.
Posted by John Peterson, Democurmudgeon at 12/23/2008 07:42:00 PM