Wisconsin GOP & Attorney General Only Guilty of “Looking” Like Partisans as War On Voter Fraud Myth Claims First Victims: up to 1 Million Voters 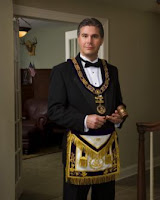 What looks like collusion between the GOP and Attorney General J.B. Van Hollen, appears to be nothing more than a collection of innocent coincidences and some peoples crazy conspiracy theories. Let’s dive into the rabbit hole...Wisconsin State Journal:

Despite all the proof to the contrary, we are expected to believe the claims of innocents from the party of voter suppression and the creators of the myth, voter fraud.

Van Hollen told the Milwaukee Journal Sentinel last week that he was not aware of contacts between his office and state GOP officials.

That's hard to believe, but also not the point. Here is are a few comments from the innocent, doughy eyed State Republican Chair, Reince Priebus:

Priebus said he expressed his frustration about the accountability board's decision several times at the GOP convention in St. Paul Sept. 1-4, including once at a convention delegate breakfast attended by Van Hollen and another in a small group setting in which Van Hollen was present.

"It's important that in my comments to the delegation and even standing around
in the breakfast room or the staff room with J.B., there was nothing more I said than the continuation of my general feeling that the Government Accountability Board needs to follow the HAVA law. There was no strategizing."

Priebus also said he talked to Taffora at least three times about the voter checks before Van Hollen filed the lawsuit. But he said he was not involved in any decisions Van Hollen's office made about it. He said party officials didn't collaborate with Van Hollen, a Republican (and co-chair of the McCain Campaign), in preparing the lawsuit against the state Government Accountability Board, which oversees elections.

Looks like I had these guys wrong. It appears I assumed incorrectly that the GOP influenced the Republican AG and state co-chair of the McCain campaign. I forgot for a few moments that Republicans are above reproach. Country first.

But state Democratic Party Chairman Joe Wineke said, "What he is doing is pushing the agenda of the Republican Party of Wisconsin."