“Change” Means More of the Same in White House For McCain and Palin? They're Already Screaming For E-Mail Secrecy 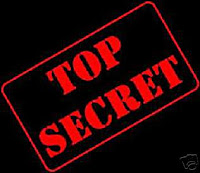 In an ABC article entitled, “Palin's Email Habits Echo Worst Practices of Bush Administration Says Expert,” we get some insight into the true nature of "change" in a John McCain /Sarah Palin White House.

It's not a great idea to run a government using Yahoo! e-mail accounts. That's the word from experts, anyway, reacting to news that Alaska Gov. Sarah Palin's Yahoo! e-mail had been hacked earlier this week. McCain's vice-presidential pick reportedly used the accounts to communicate with key aides about government business.

The practice is dangerous, said experts, and can run counter to laws ensuring government is open and accountable -- a tough point for Palin, who has made "open government" a catchphrase of her political identity. By using non-governmental email systems, "Your information is out there available, beyond the official mechanisms there to protect it," said Amit Yoran, the nation's first cybersecurity chief.

Palin's use of the private account to discuss public business a practice reportedly shared by her top aides also raised concerns from open-government advocates, who fear the practice could impede the spirit of laws designed to preserve government communications and documents.

Here’s where we start down the rabbit hole: A state spokesman for Palin has defended the practice, saying "I don't hear any public clamor for access to internal communications of the governor's office," and blaming the issue on "some people out there blogging and talking who would like to embarrass the governor."

That’s right, the public needs to clamor all the time for internal communications in the governors office. They must really think we are as dumb as boards out here among the rabble. They assume we won’t ask for the communications in case we needed to track down illegal activity of an individual in office. They got caught, pure and simple.

The McCain-Palin campaign responded to inquiries: "This is a shocking invasion of the Governor's privacy and a violation of law." Lawyer Meredith Fuchs of the Washington, D.C.-based National Security Archive believes Palin's email habits echo the worst practices of the Bush administration. Government email systems typically have safeguards to preserve communications specifically for open-records purposes. This is very similar."

Fuchs and open-government advocates in Alaska worry that may be part of the governor's intent. "Maybe they did it because they thought the records wouldn't be disclosed," said Fuchs. "That raises issues possible destruction of evidence issues if they expected litigation."
Posted by John Peterson, Democurmudgeon at 9/18/2008 03:42:00 PM