Insanity Defines Republicans, Forcing Us All To Live in Their Crumbling Asylum 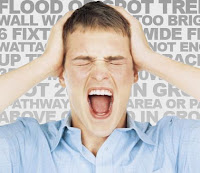 So what happens when your philosophy of free markets and liassez-faire capitalism crashes and burns while the whole world watches? If you’re a Republican, stick to your guns, act like nothing ever happened and refuse to pay for cleaning up the mess you’ve made.
Oh, and while they’re at it, blame any bailout on wasteful spending by the those socialist Democrats. With a compliant contingent of flag waving “country first” followers, their smug elitist sneering is just the cure for what ails us.
What could be more dangerous than their theory of unfettered capitalism and its subsequent failure? A refusal to except reality and propose even more deregulation as the solution. I’m not kidding. The entire party of fringe zealots are pushing back in Congress, as reported by the NY Times:

In a message to members of the conservative Republican Study Committee, leaders of the bloc of more than 100 lawmakers solicited ideas, calling for a “free-market alternative to the Treasury Department’s proposal so that, regardless of how individual R.S.C. members vote on final passage, House conservatives have something to be for.” House Republicans found the administration’s latest proposal to be too much to swallow.

By Thursday, a legislative alternative was circulating, one centered on federal
insurance for mortgage assets combined with tax cuts on investment gains. The plan was promoted by … a major fund-raiser and a rising star in the Republican ranks, and Representative Paul Ryan of Wisconsin, who is seen as one of the sharpest economic minds in the Republican conference.

I’m familiar with Paul Ryan, and simply speaking, his extreme advocacy for all things free market would make this current crisis look like an overdraft notice from your bank.
He believes in the completely discredited idea of health savings accounts, believes that Medicare could also apply the health savings account model and Social Security should be splintered up into our financially safe markets (now in crisis). Another words, he’s not a fiscal genius, but a conservative freeloader and a guy who’s willing to gamble with taxpayer money and their economic security.
Get a load of this BS from Rep. Paul Ryan:

Appearing on CNBC on Friday, Ryan said Republicans were acting in the interests of taxpayers, and they “understand the gravity of the situation.”

Republicans weren't acting in the interest of taxpayers when they put our money at risk with deregulation. Now they want to be looked upon as HEROES, protecting the bailout money needed for their failed free market theories? God I hate these people.

Republican John Gard, who is running against Democrat Rep. Steve Kagen of Appleton, began airing a television ad that criticized the Paulson plan. “You playby the rules and fall further behind, while they (Wall Street) break the rules, and Congress hands them your money,” Gard says in the commercial. “Washington’s got it wrong again.”

Wall Street didn't break the rules, they didn't have them to begin with. What rules were in place were voluntary. No lessons learned here.
Canada here we come
What is even stranger was a chance meeting with an old friend, who like me, sees the Republican Party as fiscal losers. I mentioned that for the first time I’m actually thinking of getting the hell out of this country, as a way to protect my kids from policy makers that refuse to improve our nation’s ability to treat its citizens humanely, just so they can support a failed crackpot ideology. Imagine my surprise when he said he had considered the same thing. It was an uncomfortable realization for both of us.
I wonder how many other people are feeling the same way.
Posted by John Peterson, Democurmudgeon at 9/27/2008 12:12:00 PM