The smart speaker market is dominated by the Amazon Echo and Google Home.

And yet Apple had the balls to think their HomePod wasn't just a good idea, but a hands down competitor right out of the gate. LOL.

My god I hate Apple, and here's why. They really thought their HomePod was another great Apple "innovation" that people would just fall in love with?


Three weeks after the HomePod launched, it nabbed only 4 percent of sales.

See if you can spot the problems:


1. The limitations around Siri.

2. It works directly only with Apple Music.


3. The $349 price could also be turning some prospective shoppers off.

4. It doesn't help that the HomePod was found to damage furniture, leaving an unsightly ring. 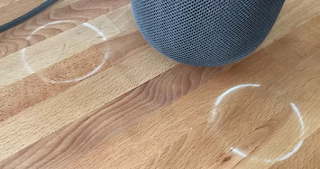 Ya think? But those in the Apple bubble have another takeaway:

Apple pitched the device not necessarily as a competitor to Amazon's Echo, but rather as a high-end speaker. Apple has long viewed HomePod as a speaker first and internally viewed the device as an accessory that would work with other Apple products rather than a standalone product.