ObamaCare proves, Insurers can't make money when they have to compete.

The fantasy that health care will ever become competitive under the ACA or a Republican market based plan is proving to be complete nonsense. Insurance companies are proving that point over and over again, inadvertently admitting they have no desire to compete under any scenario.

Irony: When Republicans tell us how horrible ObamaCare is, they're also admitting to the failure of the insurance based system. It didn't work before ObamaCare, it's hardly working now. And the GOP's market based plans assume insurers will stand by letting Americans buy cheaper policies, which is just plain crazy. They've got share holders to answer to.

In another article about the impending collapse of the ACA's marketplaces, the focus is always on insurer profits, and not on health care. Notice that? The Hill:


Insurers warn losses from ObamaCare are unsustainable: Insurers say they are losing money on their ObamaCare plans at a rapid rate, and some have begun to talk about dropping out of the marketplaces altogether ... some observers have not ruled out the possibility of a collapse of the market, known in insurance parlance as a “death spiral.”

Pricing is a problem for insurers when people can easily shop and compare plans in one place. That won't be possible buying insurance across state lines or through advertising from junk mail.

The line that says it all?

Larry Levitt, an expert on the health law at the Kaiser Family Foundation said, “There are enough people enrolled at this point that the market is sustainable. The premiums were just too low.”

Yea, thanks to competition! Am I crying alligator tears for prices that are too low? Are you kidding? 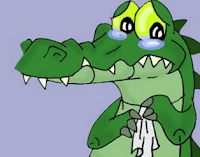 Another risk, should regulators reject large premium increases, is that insurers could simply decide to cut their losses and drop off the exchanges altogether.

Like my conservative friend in Milwaukee said, single payer is trouble free and easy, a lesson he learned after being on BadgerCare for awhile.
Posted by John Peterson, Democurmudgeon at 4/16/2016 01:44:00 AM