Do Republicans Really Want to Cause Another Recession? Apparently. 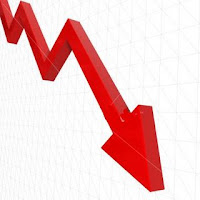 This might not be a big splashy news item, but I think it perfectly illistrates what we are up against if we continue to allow the perception that Republicans politicians are smart fiscal managers. It’s just not true. For instance:

L.A. Times: “The House of Representatives voted to give regulators the authority to ban compensation practices that encourage banks to take excessive risks ... comes a day after the release of a report showing that nine big banks paid out a combined $32.6 billion in bonuses despite taking $175 billion in taxpayer aid to survive the financial crisis. The House passed the Corporate and Financial Institution Compensation Fairness Act.”

It’s common sense regulation attempting to stop the next big collapse. I would prefer breaking up the big banks, but this is a step in the right direction.

"The bill would give shareholders of public companies annual, nonbinding advisory votes on executive pay and so-called golden-parachute severance packages ... the bill would allow regulators to prohibit so-called incentive compensation that encourages lenders or traders to take heavy risks that threaten the health of the bank or the financial system.

The banking meltdown was caused partly by dangerous practices such as the creation of bonds tied to subprime mortgages that minted huge paychecks but carried no accountability for the havoc they eventually wrought on the financial system."

So far so good. But…

Rep. Jeb Hensarling (R-Texas) said sarcastically, "Why doesn't this do anything about Hollywood stars who make $25 million for a movie, yet the movie loses money?"

Huh? I hate to point this out but box office flops haven’t caused any economic recessions that I can remember. Is “Texas Jeb” hallucinating? I know, the Lone Star Republican got his shot in at Hollywood, even though his party actually elected Hollywood actor Ronald Reagan and nominated Fred Thompson for president. It appears Republicans aren’t good at analogies or ironies?

Yet despite Rep. Hensarling’s ridiculous comparison, people still haven’t caught on that Republicans only imagine themselves as fiscally savvy business managers and accountants. Real fiscal conservatives are more likely to go into business for themselves or settle in as greedy CEO’s. Yet…

"Rep. Pete Sessions (R-Texas), in a comment echoed by fellow Republicans, assailed the measure as "unprecedented government intervention in the free enterprise system."

I know it was pretty long ago, but 2008 should have taught us something. But not to ideologically blind Rep. Sessions. Hey Pete, it worked out pretty well last time when government didn' intervene, didn’t it?
Posted by John Peterson, Democurmudgeon at 8/01/2009 02:52:00 PM