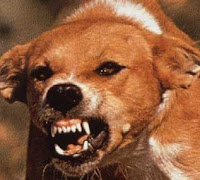 The following story will “blow your mind.” I’m getting the feeling that the Wall Street meltdown wasn’t a learning experience, and that teaching old “rabid” dogs like bankers new tricks, is just not going to happen. They’ll always be rabid. Here’s a sample of Floyd Norris’s piece from the NY Times:
Bankers Say Rules Are the Problem

If mark-to-market accounting is to blame for the current financial crisis, then the National Weather Service is to blame for Hurricane Katrina; if it hadn’t told us the hurricane hit New Orleans, the city would never have flooded.

This is the logic the bankers are using, and they are getting sympathetic ears in Congress. The bankers have gotten two members of Congress to introduce a bill to establish a new body that could suspend accounting rules for financial institutions (mark to market rules).

They say the problem, in short, is not that the banks acted irresponsibly in creating financial instruments that blew up, or in making loans that could never be repaid. It is that someone is forcing them to fess up. If only the banks could pretend the
assets were valuable, then the system would be safe.

Sadly, a victory for the bankers would not help them much. Even if it were true that banks would be held in higher regard now if they had not been forced to write down the value of their bad assets — and that is, at best, debatable — changing the rules now would be counterproductive. Would you trust banks more? Would other banks be more inclined to trust banks?

I call it “Alice in Wonderland” accounting, after Humpty Dumpty’s claim in that book that “When I use a word, it means just what I choose it to mean, neither more nor less.” After Alice protests, he replies, “The question is, which is to be master — that’s all.”

Next time you hear a banker denounce mark-to-market rules, ask if he runs his business that way. Will he offer you a mortgage loan based on what you think your home should be worth, which you can repay only if you make a lot more money than anyone will pay you? If so, then perhaps the bank should be able to use “Alice in Wonderland” accounting on its own books. Or maybe that is not such a good
idea. The banks already tried that, with liars’ loans. Those loans did not work
out so well.