Our strongman authoritarian dictator Trump - this is not a hyperbolic portrayal of the country sliding into fascism - has everything going for himself right now as you can see below.

During this weird time when Trump discredits real news and "fake news," Twitter and Facebook have been weaponized to turn public opinion against whoever they target:

This is happening at the worst time too when the American public needs real news more than ever: 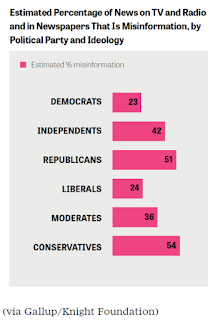 As a nation, we're witnessing a loyal base that will tolerate and defend behavior unimaginable in the U.S.: 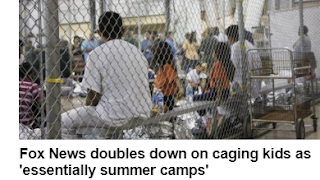 Gotcha!!! Hey, Trump changed his mind, and has now kind of ended his own brutal program to separate immigrant kids from their parents? That leaves out those already taken away and no operable plan to reunite them with their families. And now families can be held indefinitely, together. Not good. We also know that not one Senate Republican signed on to a bill that would end the humanitarian crisis. Heck, they even rationalized and cheerleaded the no tolerance policy on. 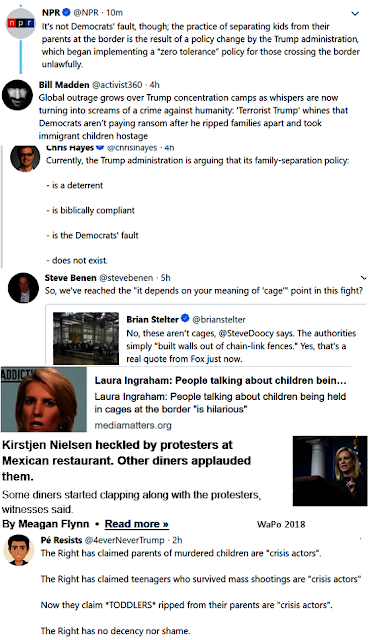 Pro-Trump dupes claiming we're all just angry Trump won the election shine in this response to taking children away from their parents...real Christian-like: 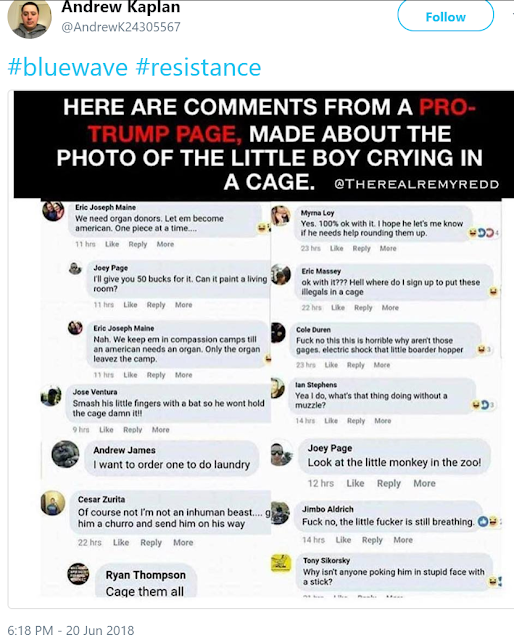