Walker's idea of "Anger and Hate"? "Being called and Idiot, being called a Moron, and "being Upset about Things"?

Scott Walker enjoys playing "opposite day" every day, not just on January 25th. Walker's campaign is faking the high road approach, cranking out anger and hate like there's no tomorrow. Upfront with Mike Gousha:

Like most authoritarians, Walker can't even take simple inoffensive criticism, like  "being an idiot" and "being a moron." To Walker, that's anger and hate. And worst of all, "being upset about things"? He's above criticism?

Was Walker directing his anger or hatred toward Democratic candidate Mayor Paul Soglin, which wasn't even true?

The "far-left" should be nice and put out positive messages like this one from Republican Leah Vukmir on terrorist Democrat Sen. Tammy Baldwin: 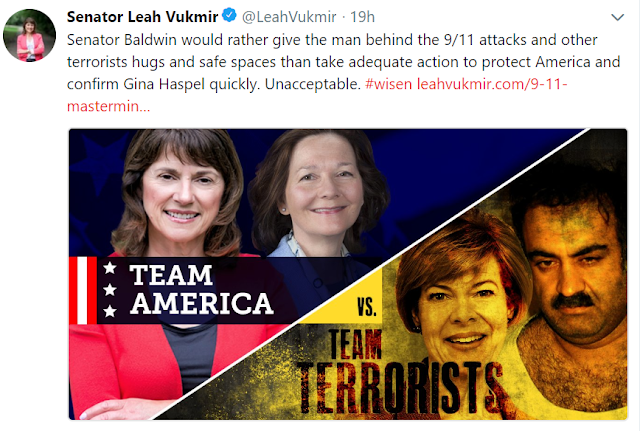