The Next BIG Idea from Republicans: The “Democrat Socialist Party.” All Our Problems Solved! 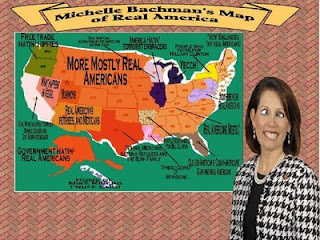 Are the Republicans making this too easy?
Despite the feeling you were reading a piece from the Onion, this is how Politico told the story of the Republi-crazies.
A conservative faction of the Republican National Committee is urging the GOP to take a harder line against both Democrats and wayward Republicans, drafting a resolution to rename the opposition the “Democrat Socialist Party” and moving to rebuke the three Republican senators who supported the stimulus package.
RNC member James Bopp, Jr. accused President Obama of wanting “to restructure American society along socialist ideals.” “The proposed resolution acknowledges that and calls upon the Democrats to be truthful and honest with the American people by renaming themselves the Democrat Socialist Party. Just as President Reagan’s identification of the Soviet Union as the ‘evil empire’ galvanized opposition to communism, we hope that the accurate depiction of the Democrats as a Socialist Party will galvanize opposition to their march to socialism.”
RNC Chairman Michael Steele responded, “The Democrats are indeed marching America toward European-style socialism, and I will continue to criticize their dangerous policies in that regard. But I believe these proposed resolutions will accomplish little than to give the media and our opponents the opportunity to mischaracterize Republicans.”
Jeff Kent, the Washington state committeeman who proposed the resolution said, "There is nothing more important for our party than bringing the truth to bear on the Democrats' march to socialism. Just like Ronald Reagan identifying the U.S.S.R. as the evil empire was the beginning of the end to Soviet domination, we believe the American people will reject socialism when they hear the truth about how the Democrats are bankrupting our country and destroying our freedom and liberties."
Rep. Spencer Bachus (R-Ala.) even said recently that there were 17 socialists in Congress.
A well-connected Republican sympathetic to Steele complained: “This was engineered by a bunch of people who ought to be involved in College Republicans, not the RNC. It’s not that they’re not well-intentioned, but it’s just juvenile.”
Democratic National Committee spokesman Hari Sevugan said, "I'm going to pass on marketing advice from folks who hadn't fully thought out the implications of using tea bags as a brand. But what's clear is that when you're devoid of leadership, devoid of ideas and your only answer is to say 'no' to change, it's not surprising that angry, fringe elements take center stage at the Republican Party."
Posted by John Peterson, Democurmudgeon at 4/24/2009 11:49:00 AM