Hey Democrats, “the right of every American to choose their own doctor” Doesn’t Exist Now. GOP Argument Idiotic and Out of Touch 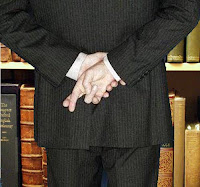 If you’re like me, and you’ve been shopping for health care in the private sector, you already know that insurance companies have been picking your doctors and hospitals for you for years. If you don’t like their choices, you can pay more out of pocket to see someone else or change insurers, limiting your ability to get the best price.
Since we have a political aristocracy in this country, our public “servants” are insulated from the private sector, and receive benefits their bosses (we the people) don’t have. The Republican arguments show how truly disconnected they are from the real world limitations of our current health care insurance system. The fact that Democrats haven’t refuted the GOP lies about “choosing their own doctor” tells me they don’t get it either. The benefits they receive are the very benefits Republicans rail against as “socialized medicine.” Which brings me to the approval of our next health secretary.

For a party who once denounced anyone holding up Republican presidents choices for government posts, party opposition over health care reform was the game changer this time. Just another excuse to change the rules when it’s convenient.

Republican Sen. Jon Kyl questioned Sebelius' commitment to ensuring that the government doesn't try to interfere in Americans' health care choices. "I believe in the right of every American to choose the doctor, the hospital, the health plan of his or her choice," Kyl said. He contended that Sebelius had displayed "insufficient commitment to these principles." … Republicans fear a shift toward government-run health care.

You mean the kind of insurance our public servants have? The same kind of insurance every industrialized country has, except us. A public plan that could steal away citizens from the dysfunctional private for profit insurance we have now? How unfair.
Posted by John Peterson, Democurmudgeon at 4/22/2009 11:21:00 AM