For profit Health Care Has Got to Go Before Insurance Companies Kill Us All! 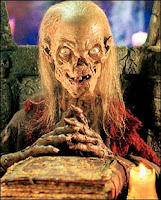 It’s a simple question: Should anyone make a profit off of a persons painful and emotionally devastating health crisis? If you answered yes, than you’re a Republican. My hope is that you have a chance to walk in that persons shoes someday, and deal with the uncertainly of the diagnoses and ability to pay for treatment.

But then, our “public servants” have a different set of standards and benefits even their bosses don’t have. The will to serve and feel their pain is removed from the decision making process.

Profiting off of other peoples illnesses is as vacuous as it is repugnant. Look at the way it is casually referred to in this story from the conservative Wall Street Journal:

The federal government made good on its plan to cut 2010 payments for private Medicare plans, whittling the subsidies that health insurers receive sooner than the industry had originally expected. The cuts … raise concerns about what has been a critical source of profit growth for many health insurers.

President Barack Obama has argued that insurers are overpaid to administer the plans and wants to finance part of his health-care overhaul by paring their subsidies. Currently, though, a patient in these plans costs the government an average of 14% more than if he or she stayed in traditional Medicare.

The cuts mean beneficiaries enrolled in the private plans could see higher premiums or cost-sharing amounts next year, depending on the extent to which insurers try to preserve the 3% to 5% profit margins they typically make on the plans. The Blue Cross Blue Shield Association, for instance, said it had calculated average monthly premium increases of $50 to $80 if the 2010 cuts were to go through.

You read that right. Blue Cross Blue Shield is already threatening to raise rates by $50 to $80 a MONTH if the profit margins are cut by the government. What a wonderful way to treat our elderly population.
Posted by John Peterson, Democurmudgeon at 4/06/2009 09:39:00 PM