Even though 18 to 30 year old's don't like the idea of being forced to buy health insurance, they seem pretty open to a single payer plan: 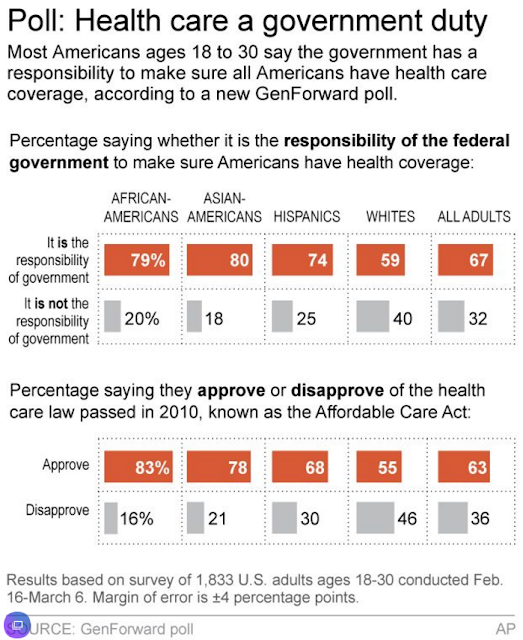