Liberal Anger? The real anger is spewing out of Walker's reelection campaign, showing a total lack of self-awareness. Distracting from his shocking lack of problem-solving and heavy use of resentment, see if you can find his "positive" "optimistic" message?

Walker above riff-raff Criticism:  So closing Lincoln Hills, doling out a $100 per child bribe, Trump criticism, shoring up ObamaCare, and now begging Kimberly Clark to retain jobs so he won't look bad, does Walker come across as a guy who thinks he's not in trouble?

Scott Walker's Scrambling over Kimberly Clark Closure during Election Year: And yet, Walker's zeroed out corporate tax rate hasn't changed a thing. In fact, Walker is now "picking winners and losers" with a Kimberly Clark deal that would dish out $8 million a year for 15 years to retain 600 workers...this is the Republican vision of a free market? Why not a 2-year plan to help relocate and retrain the current labor force?

Under the deal championed by Gov. Scott Walker, Kimberly-Clark would be eligible for up to $7.8 million a year ... paid out as cash from the state because the company has no tax liability under current law.

Add to that Foxconn, and I  see a major trend developing for Republicans; taxpayer-funded wages. 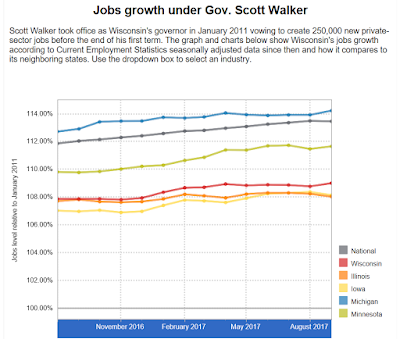 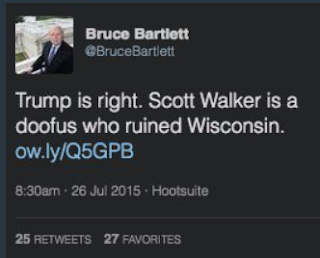 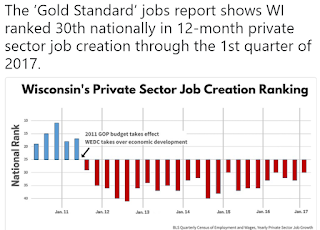 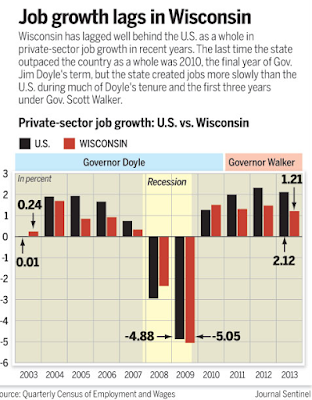 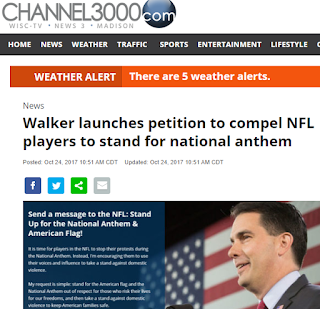