After combing through The Wheeler report this morning, a few job-killing GOP sponsored ideas stood out. The irony? Since deep-pocketed business interests now control state government, they've decided to use their power to protect themselves and their bottom lines, by killing off other rising business opportunities and development. I did not see this one coming.

Lake Michigans Tourism Jobs Tanked thanks to Trump wannabee Scott Walker: Putting our historically significant offshore shipwrecks and state shoreline on the map as a destination for history buffs and underwater enthusiasts got torpedoed by Scott Walker, the guy who once pushed hard to get the designation. Why? Trump said so, that's why:

Leaders of cities along Lake Michigan said Thursday they were in “disbelief” after Wisconsin Gov. Scott Walker pulled his nomination for a national marine sanctuary proposal ... would have blanketed dozens of offshore shipwrecks with federal protections ... “Residents, educators, business leaders, tourism executives, environmental groups, and elected officials from the cities of Port Washington, Sheboygan, Manitowoc, and Two Rivers have reacted with disbelief and disappointment to Governor Walker’s action rescinding his 2014 nomination of the area of Lake Michigan off their communities to be American’s newest National Marine Sanctuary,” the cities' leaders said.

Greg Buckley, city manager for Two Rivers said he was “shocked” by the governor’s decision, which he said came “without consulting the duly elected community leaders in the lakeshore cities.

Steps to implement the sanctuary (since 2014), which included multiple meetings to field public feedback, had pressed along steadily until last year, when President Donald Trump signed an executive order effectively preventing the naming of most new national marine sanctuaries.

Here's what the now rejected National Marine Sanctuary in Wisconsin would have looked like: 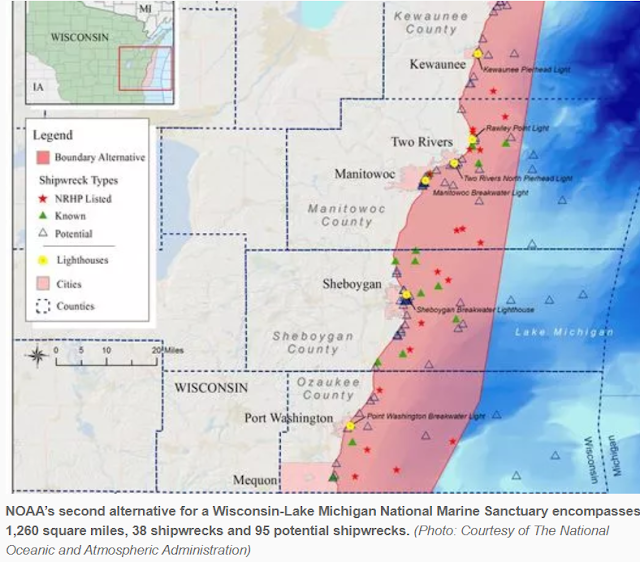 Here's what the only other National Marine Sanctuary on the Great Lakes, in Michigan, is doing and we're not: 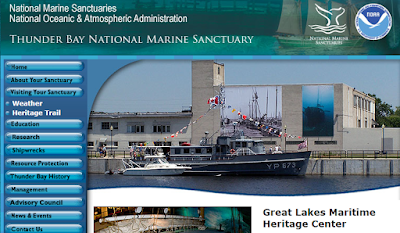 One of the dimmest bulbs in our radically right-wing legislature is Sen. Duey Stroebel. Stroebel arrogantly assumes future politicians will never be able to solve their own unique problems so he'll do that for them now: