Sen. Tom Tiffany on Climate Change research while farmers are 2 weeks behind planting, "Trying to re-establish the science bureau is certainly a red flag for me, too.”

Is climate change the biggest global hoax ever? Yes, or so says my Trumpian friend in Milwaukee. Despite what he's sees around him and in the news... 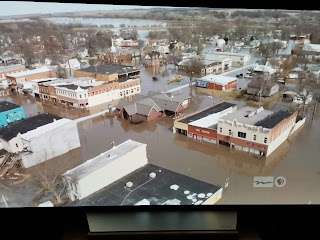 ...it's already a well known fact that many farmers are taking steps to adapt their crop planning to climate change. And now, even their best laid plans won't help much:

Only 46 percent of the state's corn acres have been planted ... That's two weeks behind the five-year average of 82 percent of corn planted at this point in the season.

Hey, it's just a hoax, don't believe what your lying eyes... 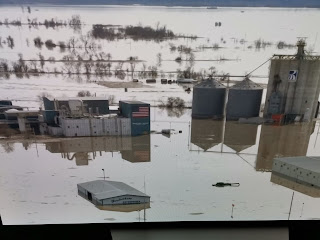 It's best to believe Sen. Tom Tiffany, who found a magical way to "balance" business interests with the environment. (Hint, it can't be done.)  Yet Gov. Tony Evers' attempt resume climate research didn't sit well with Tiffany, who said this amazing thing: 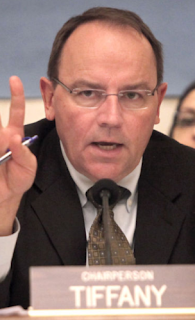 Tiffany says, "That was certainly one of the red flags for me. Trying to re-establish the science bureau is certainly a red flag for me, too.”

Republicans...friends of the farmers, sportsmen, and tourism? If you like wading in contaminated water and mud, maybe. Let's just look at the water problem...

WSJ: Staff losses have meant the DNR no longer has staff with expertise in research subjects including pathogens that force beach closings, restoration of lakes with eroded shorelines or sections that turn into swamps or dry land, and toxic contaminants in fish and wildlife, the nonpartisan Legislative Fiscal Bureau reported. The other three researchers (rejected) would have had as a priority finding ways to adapt DNR water protection programs to changing climatic conditions such as increased rain and extreme weather events.

“That was certainly one of the red flags for me,” Tiffany said of the proposed resumption of climate-change research. “Trying to re-establish the science bureau is certainly a red flag for me, too.” Tiffany was a driving force behind the 2015 cuts and the subsequent elimination of the science bureau. He opposes environmental regulation he sees as needlessly hindering businesses.

Adverse Affects to Environment "Necessary" says Tiffany: In October of 2013, Tiffany did this...and I'm not kidding:

Sen. Tom Tiffany acknowledged that changes were made to the (mining) legislation to put the state on stronger legal ground to withstand such a challenge ... changes the wording of existing state permitting law from “significant adverse affects (to wetlands) are presumed to be unnecessary” to “significant adverse affects are presumed to be necessary.”

“The bill reflects the reality of mining. There are going to be some impacts to the environment above the iron ore body. If the law is challenged and ends up in court, the judge needs to know it was the Legislature’s intent to allow adverse (environmental) impacts. That way, a judge can’t find fault if the environment is impacted.”

Just to be very clear...if a "adverse affects" did end up hurting a fellow Republicans district, then that's different:

No Republicans have signed on to a bill Democrats have offered to launch a broad effort aimed at protecting Wisconsin from PFAS contamination in ways other states have employed for years.

Tiffany said he voted to add the two PFAS researchers as a compromise with Evers, and because the budget committee co-chairman, Rep. John Nygren, R-Marinette, has in his district the state’s worst known case of PFAS in drinking water.