Sean Duffy is a Trump Cultist Embarrassment to Wisconsin!

Here's Wisconsin's other embarrassing political Trump cultist Rep. Sean Duffy, spewing "fake investigation" and "there was no collusion" inanity proving the incredible defensive blind spot these followers have for Trump. If you don't have a friend who is in the tank for Trump, this is what talking to someone like that is like. It's insane.

Duffy's lunacy starts at about 8:30 into the video clip below, and the clip starts there automatically. Duffy did slip in how low the unemployment numbers are in the STATE, but not necessarily in his district. Cute. Clue; unemployment there is higher and aging, with out migration of labor. 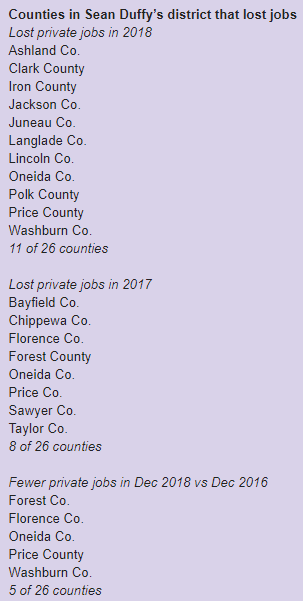