Giving up the Future for Tax-cuts Today.

What a hero. Yet constituents had to raise their taxes gladly, after "years of flat state support" from Walker and GOP legislators. In just 2019 alone... 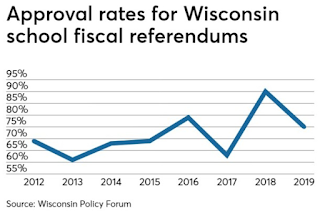 Embarrassed that their own constituents were raising taxes, Republicans claimed it was irresponsible and unfair to other taxpayers, and then passed laws making it harder to hold referendums.

Wisconsin's Future is Now, not actually in the Future:  The Republican tax-cut blinders are on, ignoring the inevitable taxpayer support and venture capital investment needed for future businesses and job creation. Their most recent budget proposal could be worse:


Sen. David Craig, one of the chamber’s most fiscally conservative members, (said) that he would join Sen. Steve Nass in opposing the (budget) plan, which they say spends too much money. Two other Republican fiscal hawks — Sens. Duey Stroebel and Chris Kapenga haven’t yet said...

Taxpayer Spending needed to be World Leader Again: The Wall Street Journal's "City Lab" featured this in-depth look the US's decline from being a dominant leader in capital investment to where we are today. 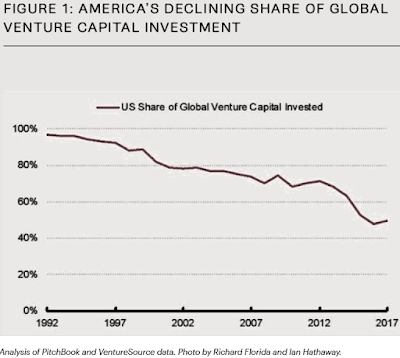 America’s long-standing lead in Venture Capital backed high tech is now in jeopardy, according to our analysis. About two-and-a-half decades ago, the U.S. was home to more than 95 percent of global startup and venture-capital activity. Today, that share has been cut to a little more than one-half. And the pace of that decline is accelerating, with more than half of the fall occurring in just the past five years.

And yes, we can blame tighter GOP budgets since their 2010 takeover, cuts to spending, and their irrational focus on tax-cuts. I'm writing this because Madison was one of the cities mentioned in the story, and we're a college town struggling to get state funding for the UW...:


Pittsburgh, Baltimore, and Minneapolis make the list of the world’s 60 or so established startup cities. The majority of them, such as Nashville, Detroit, Indianapolis, Columbus, and Cincinnati, are part of a separate group of 40 or so emerging tech hubs, alongside smaller U.S. college towns like Ann Arbor, Madison, and Bozeman, and rapidly growing Asian hubs like Bangkok, Ho Chi Minh City, Calcutta, and Manila.

Thanks to Scott Walker's obsession with tax-cuts, continued now by the locked in gerrymandered Republican majority, we're going miss out again on making this a better state for people and business. And don't forget Trump's attack on immigrants:


...outlined in the Wall Street Journal, part of the reason is that other nations and global cities have gotten wise to America’s long-term advantage and increased their investments in universities and R&D; made their cities denser and more attractive; and worked hard to retain their talent at home and opened their borders to global talent. The eroding advantage of the U.S. is partly self-inflicted, because it has clamped down on immigration and become far less open to foreign entrepreneurs and innovators.

Here are a few more charts: 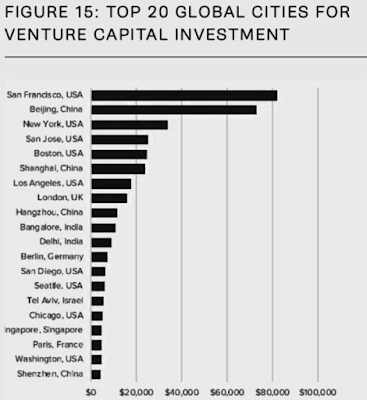 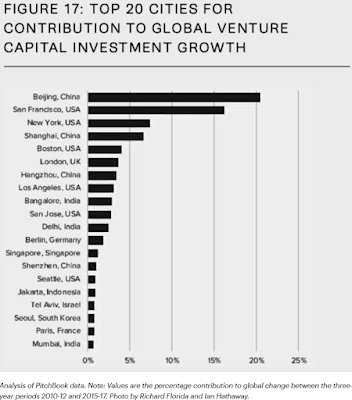 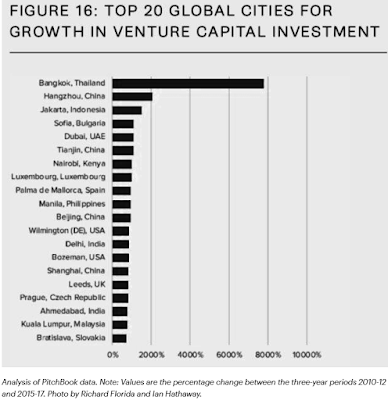