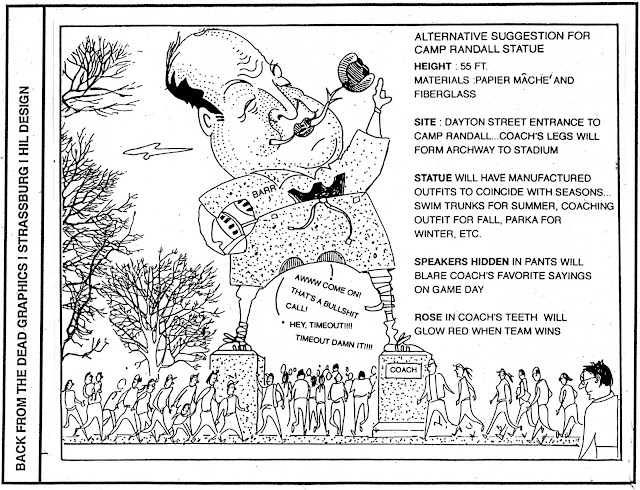 Note: Here's a little background, and a picture of the current sculpture...

Nails’ Tales, the towering obelisk of footballs that has amused, irked and offended visitors to Camp Randall since it was installed in November 2005, could be going away.

As part of a plan to restore the outside of the landmark UW-Madison Field House and improve the plaza along its southwest side, the university is weighing whether to keep the 50 foot controversial sculpture ... “We don’t know what’s going to happen with the sculpture,” Gary Brown, director of campus planning and landscape architecture, said Monday. “It could stay. It could go. It could be relocated. We’re still talking about the whole thing.”

Ald. Shiva Bidar-Sielaff, 5th District, who represents the site and is a member of the committee, said. “I wouldn’t miss it. I do not know that anybody would. It continues to be the same conversation as when it was first placed there. It doesn’t seem to fit very well.”