I could have tweeted this, but it was just to outrageous not to blog.... 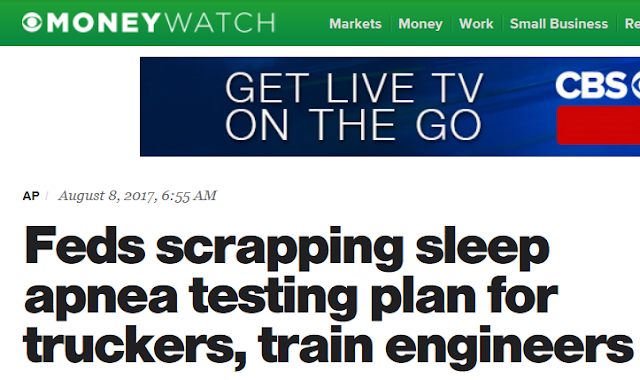 The Federal Railroad Administration and Federal Motor Carrier Safety Administration said late last week they are no longer pursuing the regulation that would require testing for the fatigue-inducing disorder that's been blamed for deadly rail crashes in New York City and New Jersey and several highway crashes ... a decision that safety experts say puts millions of lives at risk.

The agencies argue that it should be up to railroads and trucking companies to decide whether to test employees. One railroad that does test, Metro-North in the New York City suburbs, found that 11.6 percent of its engineers have sleep apnea.

The decision to kill the sleep apnea regulation is the latest step in President Trump's campaign to drastically slash federal regulations.