Career politician Paul Ryan can't stop drooling over the possibility that his draconian style plan for trickle down economics may soon become a reality. He's even willing to sell his soul to the devil, you know, Trump. You can't make this stuff up.

Let's start here. It's still hard for me to comprehend how Trump reacted to the plea from the mayor of San Juan Carmen Yulín Cruz, when she said, "We are dying, and you are killing us with the inefficiency and the bureaucracy." No, really, actual Republican style Rube Goldberg bureaucratic bumbling?

Of course Trump would make himself look good, even after Cruz's comments, and Trump's on the ground incompetence...it's the best anyone's ever seen:


Trump: "It's been an incredible...the results that we've had with respects to loss of life. People can't believe how successful that has been, relatively speaking."

Heck, he even topped that with this... 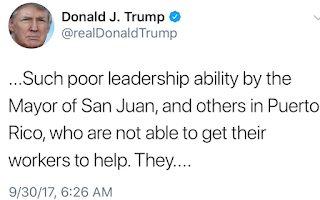 So with that setup, imagine how you would feel if you said what Ryan said a few days earlier, as noted by Ryan challenger Randy Bryce: 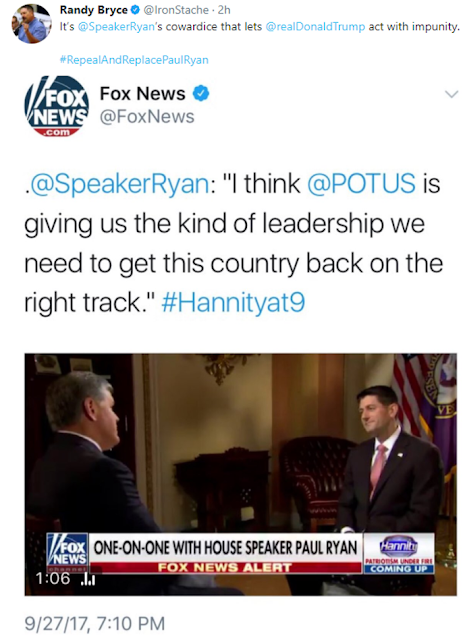 Notice the ironic onscreen "one-on-one" with Ryan, who has stayed clear of those one-on-one constituent town hall conversations. Too many tough questions Paul? Still, he's saving people from rude interruptions and disorder. Gee thanks. Here's the latest cartoon from Brian Strassberg: 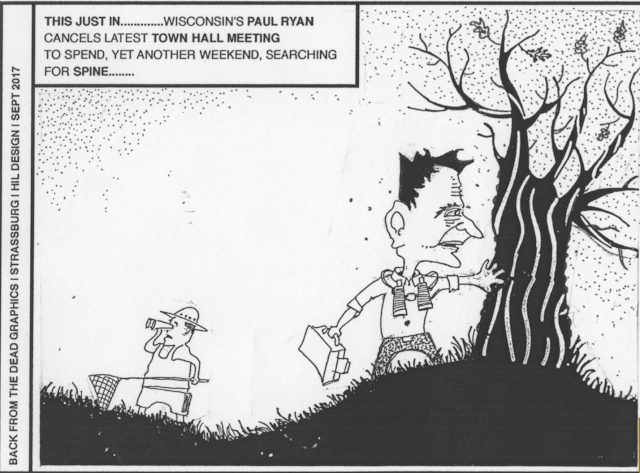