Wisconsin's 20th District voters are an embarrassment. First they voted for Glenn Grothman over and over and over again, and then replaced him with the mentally challenged Duey Stroebel. What in gods name were they thinking...maybe "thinking" is to strong a word here.

Duey's Humpty Dumptyisms: Defined as "The act of misusing or misinterpreting a word, phrase, or article of text to suit one's own meaning or purpose." And oh boy to we have a few Stroebel Dumptyisms today.

Duey says Local Control isn't Really ever Local Control:  Asked by a morning caller on WPR about Republicans taking away local control, Duey said he thought getting rid of a state moratorium on metallic mining (all the while not giving local communities a say over where a mine is located) was giving back local...wait, no it isn't. Also, Duey believes that if even a little state money is spent locally, Big Government Republicans can step in and call all the shots.

Taxing Hybrids a better idea 15 years ago: Wow, kinda late on this one guys, by 10 to 15 years. Since hybrids were introduced, regular non-hybrid vehicles (41 in headline below) have improved their mileage substantially to 40 plus mpg, bringing near "equity" to all vehicles. 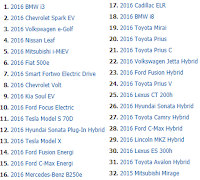 Here's a pretty big list of hybrid/electric cars many Wisconsinites will be force to pay...hey, they're mostly liberal anyway so who cares.

Stroebel makes the ridiculous claim hybrids don't pay a "road tax" like all other vehicles, a total fabrication. Cars and light trucks pay the same fees...hybrids are not exempt from anything.

NOTE: Walker and his band of plundering Republican pirates are perfectly fine penalizing loyal Wisconsinites with a higher fee, making us fix the roads for out of state cars and trucks driving through. This is fair? Democrats...anyone pointing this out?

ALERT: Stroebel Shamelessly protects White Privilege. It's Political Correctness's Fault: Our Voldemort lookalike Senator thinks political correctness is unfairly picking on guys like him benefiting from white privilege. So what's wrong with Republican politicians telling the University of  Wisconsin what they can or cannot teach, especially when the truth makes them look bad?