What seemed like a breakthrough; A state Republican calling out Rep. Robin Vos for retaliation against anyone questioning his leaders and power. Finally right?

It wasn't. It was scarier.

“The majority of our caucus perceive that their future electoral success will come under the guide of current leadership and their Democrat-light agenda,” Allen said. The Republican Party now consists of “hard-working people who love freedom.” He said Republicans will need Trump voters to win future elections.

Ah, Trump voters are needed to win! More later...how else would you describe "Trump voters?"

He described such voters as people who have a “healthy distrust” of the establishment, including the media, lobbyists, bureaucrats and career politicians.
“(New Trump Republicans) want us to aggressively fight for their interests,” Allen said.

Lambast the Republican strategy for the 2020 campaign as timid.
Allen’s remarks come as Republicans across the nation grapple with how to respond to Trump’s insistence that he won the election.

Insurrection, the MAGA Capitol Takeover: So today we saw the "Trump voters" Republicans in Wisconsin need to win future elections? Or just overturn any lost elections: 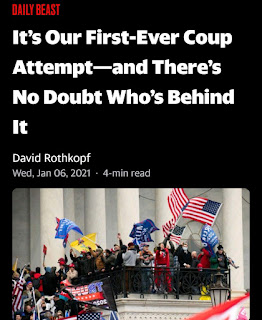 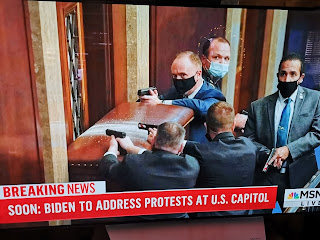 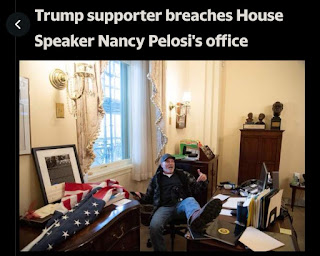 And now a final word from President Trump...after the fact:

Again, in the words of Rep. Scott Allen; “(New Trump Republicans) want us to aggressively fight for their interests.” 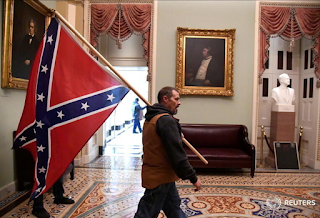 CNN Reporters chased away get their camera equipment destroyed:
Hate it when ATIFA breaks windows? Well...and is this the Trump rioter who was shot and later died? 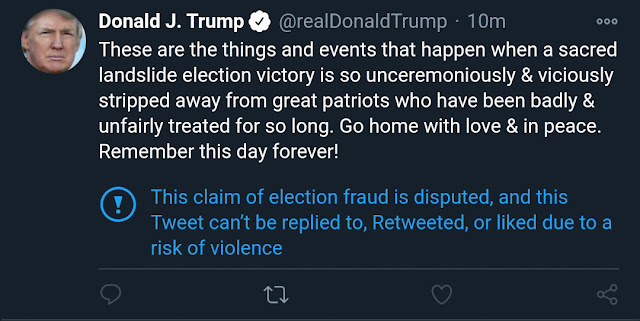