Universal health care has saved other countries billions while insuring everyone, yet Republicans can't wrap their ideologically limited minds around the benefits.

Well, we finally have the definitive CBO study, with 5 different scenarios. I've written a lot about health care in the past, but nothing like this have been done researched so thoroughly. Thankfully, because Trump's daily disasters out of the way, this has surfaced. Now we know.
Republicans Refuse to Save $42 billion to $743 billion in 2030 alone!!! No, Really: Here's the breakdown...

2. The CBO option that most closely approximates current Medicare for All proposals is Option 3, which features low payment rates and low cost-sharing. That option produces $650 billion of savings in 2030. Adding Long Term Service and Supports to that option, which also approximates what many current Medicare for All proposals do, looks like it would bring the savings down to around $300 billion.
3. Medicare for All advocates have historically pointed towards the 2 percent administrative costs of traditional Medicare as what we should expect in a Medicare for All system. Yet, private Medicare Advantage plans have a similarly sick and elderly enrollment population, but manage to spend a whopping 13.7 percent of their revenue on administrative expenses. Thus, the payer administrative costs we could expect under single-payer are not the 6 percent touted by Urban and Mercatus. They are not even the 2 percent of the traditional Medicare program. Rather, they are more like 1.5 to 1.8 percent. These other estimates are therefore missing hundreds of billions of dollars of savings per year on this item alone.
4. The barriers to the policy are not technical deficiencies or costs, but rather political opposition from Republicans and conservative Democrats who would rather spend more money to provide less health care. 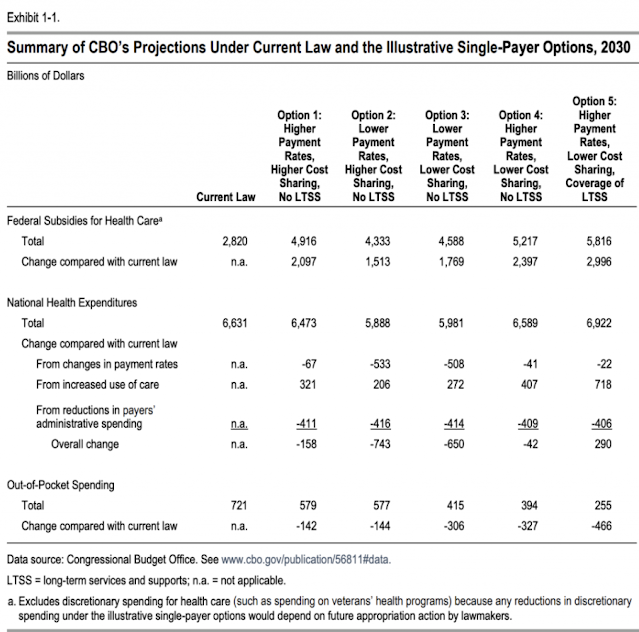 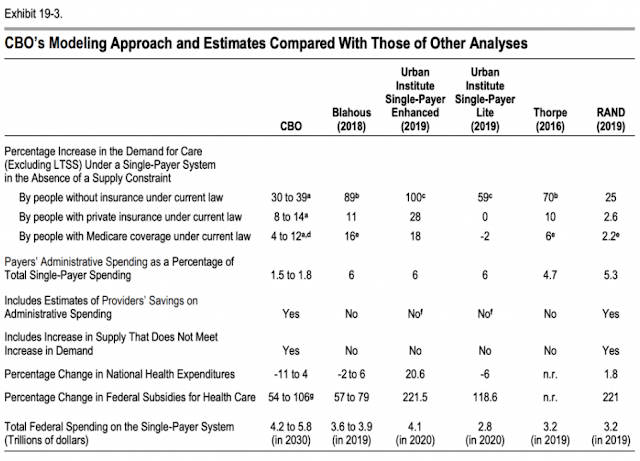 Labels: Medicare for all, Universal Health Care
Email ThisBlogThis!Share to TwitterShare to FacebookShare to Pinterest