Health Care is Dead. Thank You Massachusetts, You've got yours. 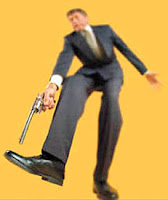 We're starting to see the Democrats fold like a house of spineless cards, with Weiner, Dean and finally Sen. Jim Webb, shooting themselves in the foot. Health care reform is dead, the deficit will grow because of it and 45,000 uninsured people a year will die-18,000 from preventable deaths.

Some Democrats had been mulling trying to complete health care legislation before Brown can be seated, to maintain their 60 seat super majority in the senate. But if Webb--or others--oppose the move, the 60-vote margin would be gone and the maneuver impossible.