Republicans unmoved by 8,000 one day increase, dying constituents. Sen. Kapenga said … "I think people can make their own decisions."

Remember when we thought we could convince Republicans health care for all made economical and life saving sense? Or that higher wages and an investment in education for our kids would pay dividends in the future?

Boy, were we wrong or what?

Since Scott Walker, Republicans have refused to solve any and all statewide problems. But this too?

The Most Irresponsible, Breathtakingly Inhumane Cruel Abandonment of Governing: If there ever was a time to respond quickly, this would be it...:

Since when is it right to let the least informed, least responsible among us lead the way? And what will it take for Republicans to climb down from a warped ideology that values the "liberty" to ignore common-sense health rules over saving human lives?

We might have thought 1,000 new cases of coronavirus a day would do it.

Or 8,000 today!!!
After easily winning their gerrymandered elections by a shockingly disinterested voter base, this is what you get, even backhanding Gov. Evers desperate attempt to get Republicans interested: 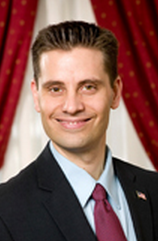 “At this point, I haven’t seen anything that I’m real excited about,” incoming Senate
President Chris Kapenga of Delafield, said in an interview with the Milwaukee Journal Sentinel.

He said he didn’t support Vos’ call for increasing contact tracing and didn’t like some of the main provisions of Evers’ proposed legislation, such as banning evictions and foreclosures and continuing to suspend the waiting period to receive unemployment benefits.

“I’m not real keen on that stuff,” Kapenga said.

Nice! We wouldn't want to encourage laziness while half the states businesses shut down during an out of control GOP induced pandemic. Get back to work you whiny masked snowflakes.

Kapenga said he was worried Evers’ mask requirement and other COVID-19-related policies were hurting the state’s economy.

“You’ve got people I think who are very scared right now and that’s part of the problem out there. There’s a lot of fear,” Kapenga said.

“I don’t think it’s a good idea for (Evers) to be what I consider fear mongering. I think it’s OK to have a healthy respect for what’s going on with COVID and I think people can make their own decisions on that.”