The public is fascinated by the Trump death-cult worshipers just dying to get back-to-work.

The media is giving way too much time on the "accident" we're seeing roll out around the nation; small mobs of angry protesters who can't stand saving lives at the expense of business. This ghoulish point of view finalizes the idea of corporate personhood.

How fringe are these adolescent bullies? They actually had to be reminded to leave their assault weapons, confederate flags, and Nazi signs at home. "Bad optics," ya think?

But in Michigan and elsewhere, the optics were simply honest. These are the guys swaying policy.

Note below: Former Sheriff David Clarke makes another bonehead appearance doing his best Seinfeld, "How did they come up with this number of 6 feet? I think they pulled it out of their rear-end." Comic genius?


No Way To Govern: In the last couple of days Republicans have made so many shockingly cold random statements that I had to list them below. We seriously underestimated their utter worship of capitalism. Plus, Republicans have no interest in COVID-19 or the number of lives lost. Let me say it again; Republicans don't solve problems, they never have and never will.

One more thing; Republicans are seriously pretending business is perfect and will enact precautions perfectly, never ignoring or relaxing preventions over time. And since OSHA is no longer enforcing work place COVID-19 safety, they've told business to just go nuts...:

1. Despite having almost 2 months to come up with something, "Republican lawmakers have yet to coalesce around their own plan for how to combat the coronavirus pandemic."

2. Legislative leaders have not endorsed a specific plan or provided details of what they want to do.

3. Republicans are clamoring to reopen the state, but in some ways they acknowledged with their hearing that they're not yet ready to do it fully. Business representatives backing the WMC plan appeared by video, legislative aides wore face masks and lawmakers were spaced six feet or more from one another.

4. Assembly Republicans put together Thursday’s meeting a day after Evers criticized them for not holding any hearings on the coronavirus outbreak. Evers took a shot..."I have a plan and they sued me."

5. Republicans want to let areas with low infection rates to open sooner. Evers doesn’t want to allow that because he is worried people would flock to the areas that are opened first, increasing the risk of spreading the illness...James Conway, an infectious diseases expert called opening different regions of the state at different times “terrifying.” Democratic Rep. Christine Sinicki said, "If you open up regionally you better believe people from Milwaukee are going to leave Milwaukee to go up north. 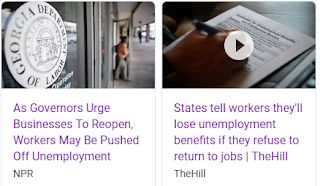 6. The WMC plan accounts for hospital capacity but not testing or contact tracing.

7. Under Rep. Cody Horlacher’s plan backed by 17 other Republicans, the state would reopen over four weeks...His plan does not include any benchmarks that have to be met before the state could begin to reopen..."we need to take a stand for (a fast reopening) to address this economic crisis.”

Optics, Bad Optics as Supreme Court Embarrasses itself again: I think the following says all that's left to be said about the vacuous GOP arguments to slap dash open businesses with no concern for human life. Make no mistake, this is a pure GOP power grab that would leave this state with no rules during a pandemic:

The Wisconsin Supreme Court agreed Friday to decide whether to keep in place Democratic Gov. Tony Evers' stay-at-home order that he says is the best way to save lives during the coronavirus pandemic. Republican lawmakers contended Evers' restrictions have gone too far.

The high court, which is controlled 5-2 by conservatives, said it would hold arguments Tuesday...conducted by videoconference because of the coronavirus outbreak.

If they win, the Republicans will have to explain to Evers and the public what they want the state’s plan to be.

Evers (said) writing rules would be time consuming and create the risk the state would have no COVID-19 response plan while the rules were being drafted...“It’s really dangerous what they’re asking the court to do,” said Ryan Nilsestuen, the governor’s chief legal counsel.

If the state couldn’t come up with a plan, it would be up to local governments to determine what policies to put in place, he said. In that case, rules could differ dramatically from one county to the next. “I think what you would see is a 72-county approach,” he said. 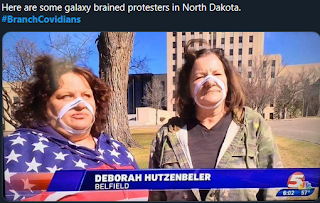 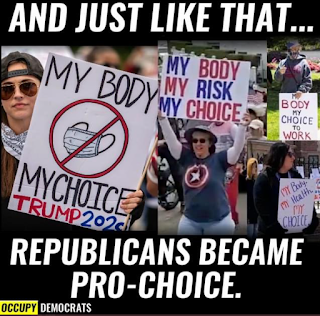