It's a fact Wisconsin's Lt. Governor, Madella Barnes, is black.

So Rep. John Nygren wants to make sure you get really PO'd about it.

Why Nygren specifically targets Barnes leaves little up for discussion. In fact, his whole oddly petty argument is shaped around his obvious racial dog whistle message. You rarely see anything this point blank racist. And Nygren is proud of his clever whiteness:

Just as weird, Nygren complains about Evers budget cuts to many of the governors own favorite programs because of the pandemic, while at the same time complaining they weren't the 5 percent Evers demanded, but instead were 2.5 percent. Oh, and this is a rewrite of an earlier release that same day, but without Mandela Barnes as the target. 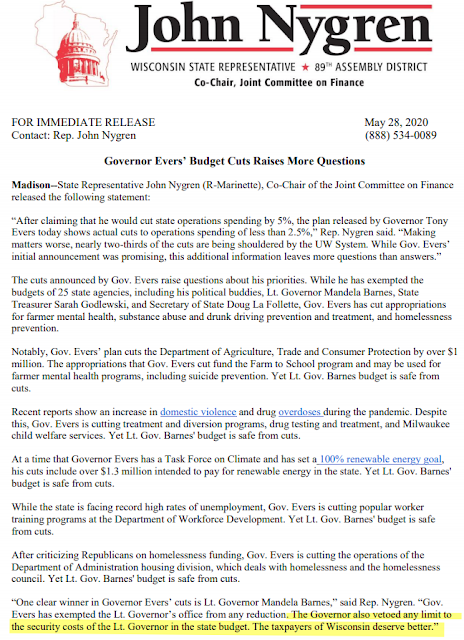