Add Walker's wacky Venn Diagram to his legacy, one where he took credit for the nations rising Economy.

Scott Walker went out on a lower than expected note today, signing without vetoes, legislation removing many of the powers he had for incoming Governor Tony Evers and AG Josh Kaul.

Why lower? Apparently, Walker didn't know what a Venn diagram was, and neither did his staff of incompetents. The common gubernatorial powers would be in the middle, and the powers the Republican lame duck session repealed would be listed on the outside.

Walker was making this argument verbally for days, listing only the powers the governor would keep, which is irrelevant to the debate. His base will eat this stuff up and believe.

What a small petty man: 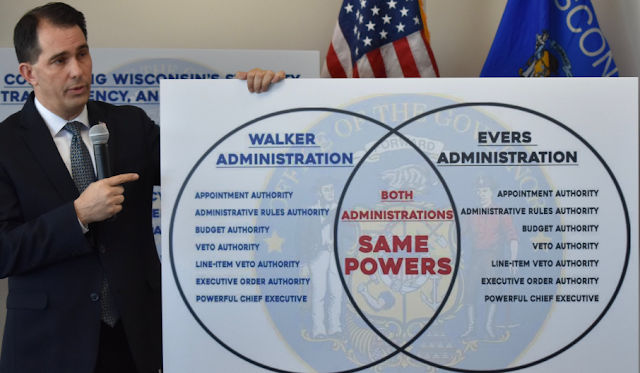 This will keep Walker's name in the news for at least the next year, just what he wanted, and add to his authoritarian image as the desperate career politician who is never willing to let go.


“The overwhelming executive of authority I have as governor today will remain constant with the next governor,” he said.

The chart, however, didn't show any of the powers that had been stripped from Evers.

Here's how the Washington Post's  Philip Bump covered this loser:

With a better chart... 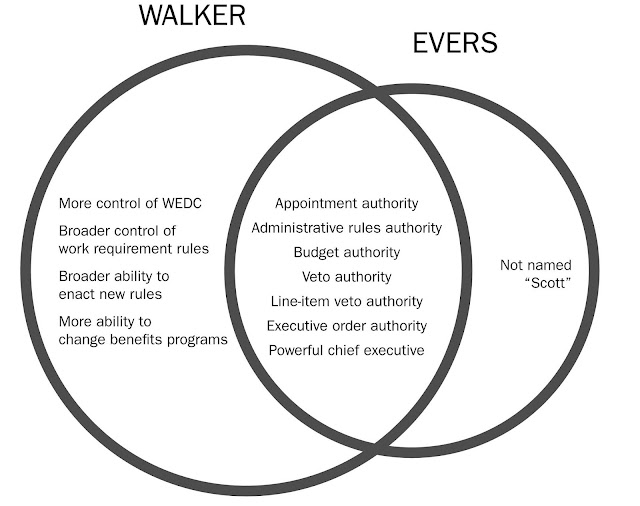 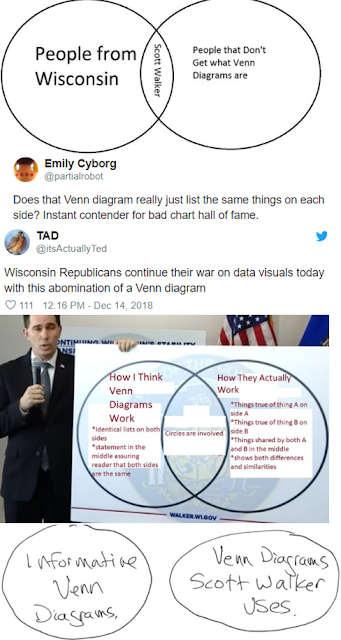 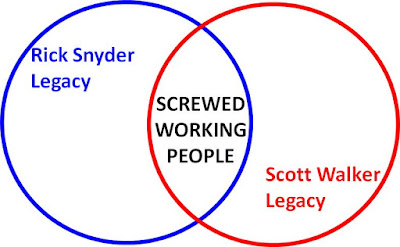