New Slogan-"Debt Lies Matters" (DLM): This is so down the rabbit hole, and another  example of how clueless QAnon members of Congress are. That $28 trillion debt, especially in the last 2 years of Trump's presidency, skyrocketed. And not surprisingly, MAGA voters didn't even notice...:

Wolfstreet: Driven by stimulus and bailouts, and fired up by the tax cuts and by grease and pork, the Incredibly Spiking US National Debt has skyrocketed by $4.55 trillion in 12 months, to $27.86 trillion, after having already spiked by $1.4 trillion in the prior 12 months, which had been the Good Times. 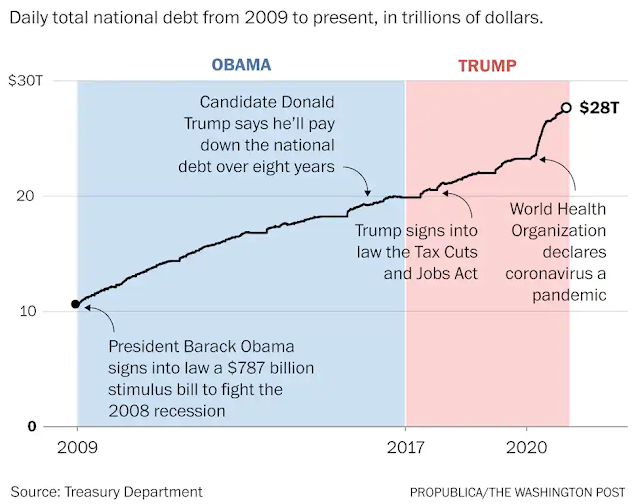 As for Japan and China "owning our debt?" It actually dropped. Look at who was president during the rise and fall of that debt. Hint: NOT Biden: 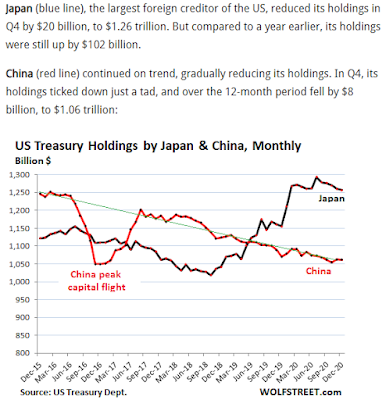 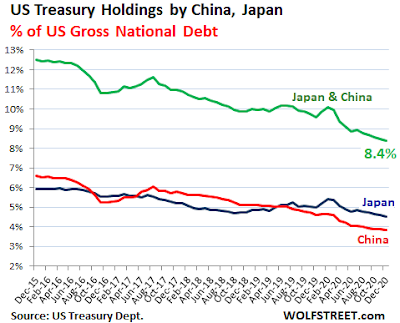 Greene Shifts Blame to Foreign "Enemies:" Notice in the chart below foreign holders of US debt made up just a part of the total: 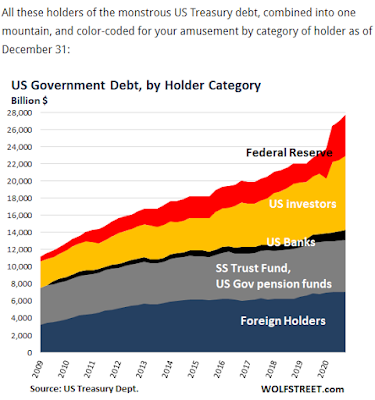