Republicans Fail to Overthrow Election Results. Do we throw this rot out now?

"Texas has not demonstrated a judicially cognizable interest in the manner in which another state conducts its elections," the court said in a brief order. It dismissed all other related claims as moot.

This is what happened prior to this final stake through the heart of seditious Republicans.

It's this amazing, and it's this simple:

And then there's this:

One state trying to overturn the Election in Another State? No one could have seen this coming:

Eighteen states — now including Arizona — have backed a Texas lawsuit filed by Texas Attorney General Ken Paxton against the states of Wisconsin, Michigan, Pennsylvania and Georgia. That lawsuit was filed directly with the United States Supreme Court on Monday, Dec. 7.

“The states violated statutes enacted by their duly elected legislatures, thereby violating the Constitution. By ignoring both state and federal law, these states have not only tainted the integrity of their own citizens’ vote, but of Texas and every other state that held lawful elections,” said Paxton. “Their failure to abide by the rule of law casts a dark shadow of doubt over the outcome of the entire election. We now ask that the Supreme Court step in to correct this egregious error.”

And then Republican Congress cultists jumped on board.
Democrats should take a stand and do this, NOW: 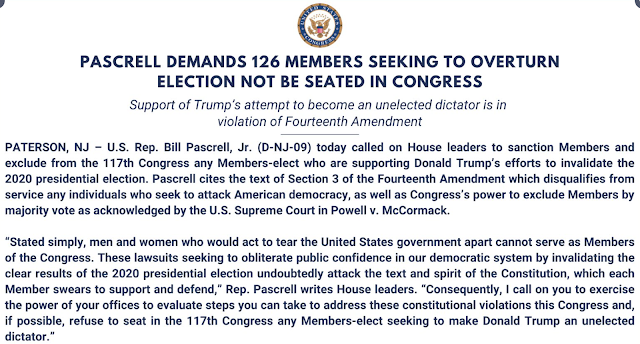 "More infuriating, the driving impetus of this lawsuit—outrageously joined by 17 other Republican run-states and supported by 106 House Republicans who signed an amicus brief—is to steal a presidential election.

It is an act of cynical, unpatriotic, undemocratic hypocrisy unrivaled in American history, a pure power play on behalf of a president whose disregard for the very Constitution these people have long claimed to adore is total. It is shameful. Infuriatingly shameful."

As Charlie Sykes writes in the Bulwark:

All that’s left is an orange smudge. But, apparently, we are not done yet. As TrumpWorld pushes for the Supreme Court to wipe out the results of a presidential election, we can also forget about notions like “judicial restraint,” and “strict constructionism.” And federalism. And states’ rights.

1. "The GOP does not care about democracy. They care about subjugating the majority to Republican minority rule -- to protect the powerful and prevent us from solving our nation's crises. This is our generation's defining fight. We need everyone to win it."

2. "Several ways to think about this: 1) A majority of one of the two major parties would rather lose democracy than lose the presidential election. Their behavior - refusing to accept their opponents' victory - is incompatible with democracy."

The Trump cultist Republicans aren't buying any of this: 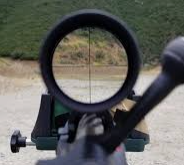 A website went live this morning, but has already been deleted. However, whoever started the website has taken to various alt-right websites to circulate the private information of Republican officials in Georgia for attack. It appears explicitly designed to target them for assassination… the targets include Governor Brian Kemp of Georgia, Georgia Secretary of State Brad Raffensperger, Head of Voting for Georgia Gabe Sterling, and even employees of Dominion Voter Systems.

The website showed their private email address, home addresses, and pictures of their homes. Each target includes a gun sight marking over their heads.

Rush Limbaugh now says that he really wasn’t advocating for breaking the country apart. “Now, I didn’t advocate for it,” he insisted Thursday. “ I never would advocate for secession. I’m simply repeating what I have heard.” He was just asking questions Lots of people are saying. Not that I’m saying. Just saying. Classic Limbaugh, who has made an art from of the disingenuous statement not-statement. 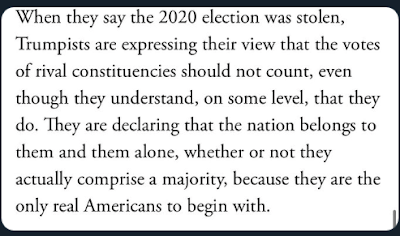 They've rigged elections by making it hard to vote, promoted racial and religious bigotry and violence, destroyed our public school systems, gutted our unions, and rewritten our tax system to screw the middle class.

Since the election of Ronald Reagan, Republicans have damaged America more in 40 years than our worst enemies could have dreamed of accomplishing by invasion, boycott or blockade.

“To see all of these states sign on, and 100 plus members of Congress—Republicans—sign on in support shook me,” says top election lawyer Marc Elias. “It speaks to an erosion of our democracy going forward.”