Dodged a Bullet; Radical WI Supreme Court Justices would have sided with Trump to Throw out Votes!!!

We appear to have a few conservative activist Supreme Court Justices that think they are the elite know-it-all gods of "THE" Constitution. Notice the caps?

Trump's frivolous Election Challenge was "Serious?" While the majority surprisingly denied Trump what was to be a predictable quick decision in one of the most dysfunctional right-wing courts in the nation, it didn't stop the courts Trump enablers to forever soil their reputations.

Declaring from their lofty perch atop the mount... 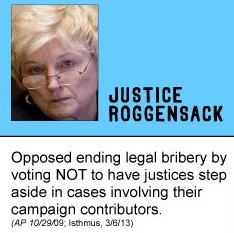 Chief Justice Patience Roggensack: "The Respondents assert that we should deny this
petition because fact-finding is required, and we are not a fact-finding tribunal. I conclude that … Our jurisdiction arises from the Wisconsin Constitution and cannot be impeded by statute … that may preclude our deciding significant legal issues that cry out for resolution by the Wisconsin Supreme Court.

Even worse, here's what the most unqualified Justice on the court said, Rebecca Bradley, who makes major "legal" points now in ALL CAPS! Seriously? This isn't Facebook or Twitter. 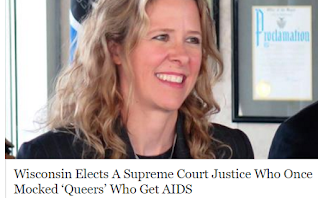 Rebecca Bradley: "The respondents implore this court to reject the challenge because, they
argue, declaring the law at this point would "retroactively change the rules" after the election. It is THE LAW that constitutes "the rules" … the Wisconsin Constitution...The importance of having the State's highest court resolve the significant legal issues … this court's constitutional authority … Justice Hagedorn goes so far as to suggest that § 9.01 "constitutes the 'exclusive judicial remedy' applicable to this claim." No statute, however, can circumscribe the constitutional jurisdiction of the Wisconsin Supreme Court to hear this (or any) case as an original action. "

Aren't we full of ourselves.
And while Trump's court challenges made a mockery of the whole idea of "election integrity," with historians warning how it actually undermines the process, Bradley doubles down on delegitimizing it:

Bradley: "Confidence in the integrity of our electoral processes is essential to the functioning of our participatory democracy. The integrity of every election will be tarnished by the public's mistrust. "Only . . . the supreme court can provide the necessary clarity … risks perpetuating violations of the law by those entrusted to follow it. I dissent.

Bradley then hung out some old laundry one more time despite the fact the Green Party filed "too late," something Bradley oddly "felt" was allowable to help Trump:

The majority … declined to hear a claim that the WEC unlawfully kept the Green Party's candidates for President and Vice President off of the ballot, ostensibly because the majority felt the candidates' claims were brought "too late."

More of the story in pictures... 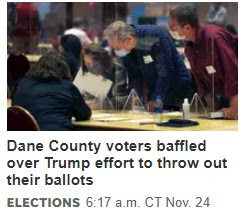 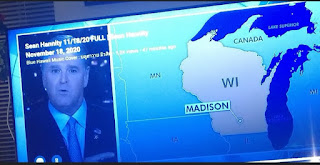