All Steil, no Substance!!!

That's the dumb "do nothing" GOP mantra right now that should be driving everyone crazy. "Having a conversation" is an outgrowth of the failed idea pushing "we need to have a debate," but it's just as nonsensical.

Paul Ryan's generic look-alike replacement Rep. Bryan Steil (R-WI) appeared on WKOW's Capitol City Sunday blathering on and on about "having a conversation," which in plain terms means "all talk, no action." I suspect this is what he's running on, having a conversation, while at the same time telling voters to forget about solving the big problems. You can't make this stuff up.

Here's a compilation of Steil's "having a conservation" rhetorical crutch:


Congressman Bryan Steil (R-WI) refused to answer whether or not he believes President Trump tweets two weeks ago were “racist.”

No, really? Steil blamed "both sides;" the four congresswomen for being women and looking foreign, and Trump's blatant "go back" to where you came from racism. This is a remarkable, rehearsed, and unforgettable fumble:

Steil Favors a "Natural Force" to Raise Wages...by inserting Government of course: Starting with the current actual numbers showing the "natural forces" of the marketplace at work stagnating wages for the last 40 years... 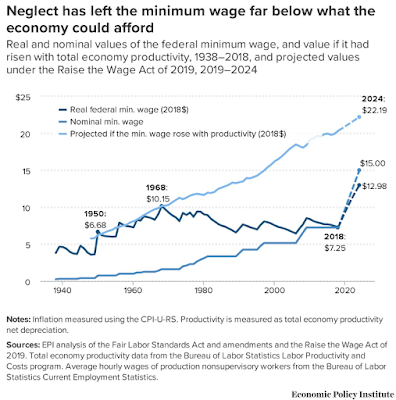 Steil repeats Scott Walker's excuse for not raising the minimum wage; he blames the "skill gap," and wants "government focused in on solving that problem to allow people to see higher wages." Gotta love that "natural force." Wages haven't gone up even with their current trained workforce. By the way, having better high paying jobs doesn't eliminate current minimum wage jobs they claim were never meant to raise a family on. And that's written in stone where...?: