Vos-Republicans ignore public and Gerrymander Gerrymandered maps. Vos jokes Democrats "out of step with the majority of Wisconsin!"

Gerrymandering: It hasn't mattered what Wisconsinites wanted or thought, since the huge protests against Act 10: The shocking reaction to the Republican's new gerrymandered-gerrymandered maps didn't appear to make a damn bit of difference: 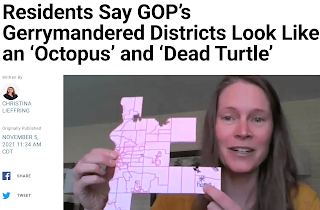 One week after Don Leake, a retired UW-River Falls math professor, and more than 150 people testified for almost 10 hours before a joint committee hearing over the proposed maps, a state Senate committee approved the maps, sending them to the Senate floor for a vote. Other than Assembly Speaker Robin Vos (R-Rochester) and Sen. Devin LeMahieu (R-Oostburg), none of the commenters spoke in favor of the Legislature’s proposed maps.

Stroebel's Gaslighting Fail: Despite not having any support for the GOP maps...not one person, Sen. Duey Stroebel simply stepped up and lied. Like no one would notice?

The committee's chairman, Sen. Duey Stroebel, R-Saukville, pushed back. He said that just because dozens of people registered against the bill last week, that’s not “indicative” of what voters across the state feel.

Portal Closes on the Truth: If you believe Robin Vos, after hundreds of "Draw your district" maps were submitted, Republicans already knew what the results would be:

The Legislature submitted its maps hours after closing the portal on the Draw Your District website, casting doubt on Vos’ claim that Republicans actually took public input into consideration because of the considerable time it takes to draw an electoral map.

Vos instead characterized the discussion as nothing more than whining from the opposite party: “Democrats have a problem with winning in Wisconsin because your agenda is out of step with the majority of Wisconsin.”

Vos Lied Again: Democrats are "out of step with the majority of Wisconsin?" Discarding that laughable excuse to do nothing because Republicans "won't govern by polls," reality tells a different story: 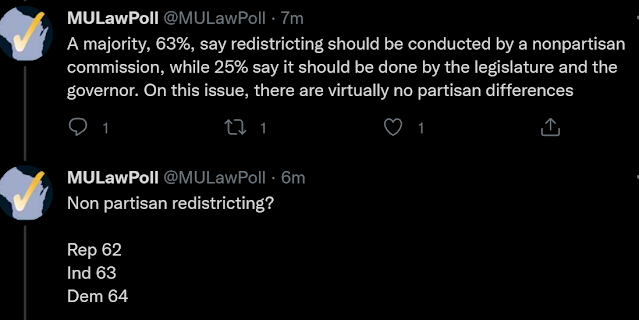 Whose agenda is out of step? On the biggest issues...