Paul Ryan to teach Economics and Catholicism at Notre Dame, no joke!!!

There was a certain irony and sadness watching Notre Dame burn and learning Paul Ryan will be guest teacher at the University of Notre Dame.

Focusing on Paul Ryan, here's the surreal bit of news:


Former House Speaker Paul Ryan will teach at the University of Notre Dame next school year ... a guest lecturer on "the fundamentals of American government, the current state of political polarization." He'll also teach economics.

Here's what Ryan will teach...?

I guess it's always good to hear from "both sides," even when the losing side won't admit failure. In a normal reality, having been proven wrong to this degree ideologically and economically, most people would slip quietly out of the spotlight. Not Paul Ryan. Here's an NPR interview where Ryan's claims predictions of trillion dollar deficits are wrong:

Pope Critic Paul Ryan teaches his version of Catholicism at a Catholic College: You can't make this stuff up. Yes, he'll also teach topics including Catholicism ... 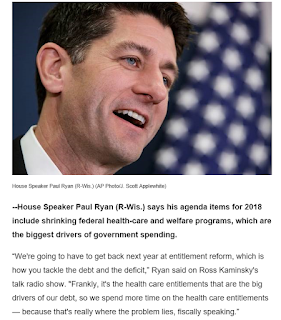 Ryan: “As an Irish Catholic from the Midwest ... it is an honor to be part of a University where Catholic principles, robust debates, academic freedoms and diverse viewpoints are allowed to flourish.”

Ryan's not so Catholic principles hit the sh** fan awhile back. So for those who don't remember how bad check out the story below. Notre Dame should be embarrassed, and maybe read the paper from time to time:

Paul Ryan visited Georgetown University, the flagship Jesuit school and decidedly hostile terrain for Ryan's strain of economic libertarianism … sought to justify his budget priorities in terms of the Catholic principle known as "subsidiarity." "Subsidiarity" has been central to how the church envisions a just and equitable society functioning in a world dominated by big business and big government, both of which can dehumanize individuals and undermine the common good. "The principle of subsidiarity protects people from abuses by higher-level social authority and calls on these same authorities to help individuals," says the Vatican's Compendium of the Social Doctrine of the Church.

University of Dayton theologian Vincent Miller called (Ryan's) interpretation the "careful lobotomization of subsidiarity." In his 1961 encyclical, Pope John XXIII articulated another element of subsidiarity, writing that, "In a system of taxation based on justice and equity, it is fundamental that the burdens be proportioned to the capacity of the people contributing."

When the bishop chairing the U.S. Conference of Catholic Bishops' said the GOP budget Ryan spearheaded failed to meet a basic moral test -- and described cuts to programs that fell heavily on children and other vulnerable populations as "unjust and wrong" -- Ryan curtly dismissed those concerns as not reflective of all church leaders.

Pope Francis argued in May, imploring followers instead to focus on combating trickle-down economics and the world of inequality it produces. Ryan has a more condescending response to a pope who blasts "trickle-down" theories as "naïve" and denounces "an economy of exclusion and inequality." "The guy is from Argentina," he scoffs. "They haven't had real capitalism in Argentina. They have crony capitalism in Argentina. They don't have a true free enterprise system."

Paul Ryan's theories have been tested in the real world and failed, over and over again, from the Kansas Comeback to the current corporate tax cut specifically designed to force cuts to our social safety nets. Real Catholic-like: 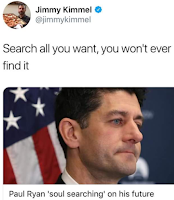 David Campbell, Notre Dame's Packey J. Dee Professor of American Democracy and chair of the department of political science, said in a statement that the chance for students to learn from what the school calls "professor of the practice" is unique to the university. "Having former officials in the classroom provides important insights for students — an opportunity to put the theories we study to the test.”