And it only got worse from there. In Washington, Johnson's blathering idiocy became the talk of the town:

And then he got reelected...true!

Johnson plays Trump as Victim, says he's "...never seen a president, administration, be sabotaged from the day after the election: Amazing. Let's remind our clueless Dumb Ron Johnson why that's not true either:


1. Here’s John Boehner offering his plans for Obama’s agenda: “We're going to do everything — and I mean everything we can do — to kill it, stop it, slow it down, whatever we can.”

2. Senate Minority Leader Mitch McConnell summed up his plan to National Journal: “The single most important thing we want to achieve is for President Obama to be a one-term president.”

3. Mike Pence, underscored the point with a clip from Patton, showing the general rallying his troops for war against their Nazi enemy: “We’re going to kick the hell out of him all the time! We’re going to go through him like crap through a goose!”

4. Even though the economy was in free fall, not one House Republican had voted for the effort to revive it, prompting a wave of punditry about a failed party refusing to help clean up its own mess and dooming itself to irrelevance.

5. Have we forgotten that right when President Obama took office in 2009, the Republican leadership in Congress planned a no-honeymoon strategy of all-out resistance to Obama, even though the country was in an economic meltdown? Then-Sen. George Voinovich (R-Ohio) said that “if [Obama] was for it, we had to be against it.”

So it's mind-bending to hear Dumb Ron Johnson whine about the supposed "attacks" on the grifting Trump family presidency:

Johnson, chairman of the Senate's Homeland Security committee, rambled from one conspiracy theory to another (just like every Trump cultist), and admitted he doesn't trust the CIA or the FBI.

So, Nothing like this ever happened under Obama? Trump Investigations plays into GOP Victim-Hood: Here's just a quick reminder below. Note: Remember Trump's own attempts to seek out Obama's birth certificate to prove he was not a U.S. citizen and a secret Muslin:


MSNBC: Republicans made aggressive use of their investigative powers ... matters involving Hillary Clinton, her use of email as secretary of state, her conduct of foreign policy and the Clinton Foundation ... House Republicans unleashed a barrage of subpoenas ... a half dozen GOP-led House committees conducted protracted investigations of the 2012 attacks on U.S. diplomats in Benghazi, Libya ... investigations of the 2009-2011 Operation Fast and Furious episode – a botched initiative against drug cartels that ended up putting guns in the hands of murderers ... investigations into the IRS's treatment of conservatives, and his administration’s loan guarantee to the failed solar-panel startup, Solyndra. And much more.

Or this Johnson gem: 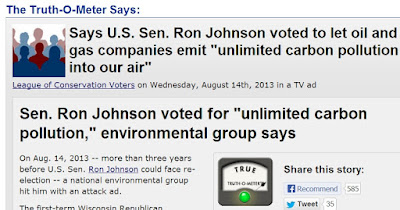 Ron Johnson now has his eye on the governorship in Wisconsin. Just a little advice to anyone thinking about moving to a state who's economy is held hostage by the gerrymandered Republican Party determined to not change a thing because after 8 years of control, everything is perfect now; DON'T. 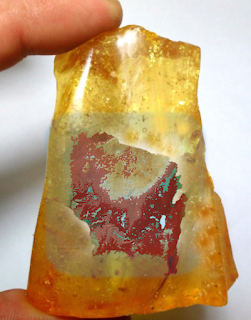