Democrats still haven't figured out how to change their roll as the battered partner in their political relationship with Republicans. Appalling.

HOW did a No-Brainer Black History Month Resolution Vote Go Wrong? Wow, Trump's nationalist agenda and phony outrage over kneeling before an NFL games has given Wisconsin Republicans the balls to show their fear and hate in a simple Black History Month resolution:


Cap Times: After compromising Tuesday on a resolution to honor Black History Month, several Democratic lawmakers have asked to have their votes changed to a "no" in the Assembly record, despite initially passing the measure unanimously.

Even black Democratic legislators voted to pass the resolution before they realized how seriously wrong it was. Kaepernick, born in Milwaukee, belonged in that Black Caucus written resolution.

Here's the thing; when he was removed by the all white Republican legislature (I can't mention that enough), why didn't the shit hit the fan?


The compromise came after hours of disagreement on ... former NFL quarterback Colin Kaepernick in a list of African-Americans being honored for having "made measurable differences in their respective industries." Kaepernick ... protested racial inequality and police brutality by kneeling during the national anthem before games..

Every Democrat in the Assembly voted against the amendment, but then voted in favor of passing the resolution as amended.

Shortly after the vote, Rep. LaKeshia Myers, D-Milwaukee, said she had asked the Assembly chief clerk to change her vote. Several other Democrats followed suit ... (but) the official tally will remain unanimous. Myers said, "The insistence that Colin Kaepernick’s name be removed from the black history month resolution was an exercise in white privilege and one that I cannot accept."

Rep. Chris Taylor, D-Madison, who is white, thanked Myers for being "an incredible leader" and said she would also change her vote.

What were all the white Republican legislators thinking ...telling the Black Caucus who they can or cannot include in Black History Month? Wow.

Registering phony outrage, one Republican's like minded aide revealed the thinking that went on behind closed doors...note: Rep. Dittrich did not say she disagreed with the message, just that it was tweeted: 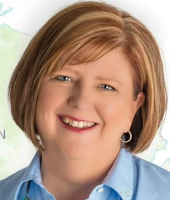 On Tuesday, Rep. Barbara Dittrich, R-Oconomowoc, told reporters she was not responsible for a tweet sent from her account during the debate over Kaepernick, which read, "Colin Kapernick wore socks depicting police as pigs. Flags are flying at half-staff for a murdered policeman. Are you kidding me????" The tweet was deleted shortly after it was posted.

Dittrich said she "would never send out a tweet like that as a lawmaker." She told reporters the only person besides her with access to her account is her legislative aide, Keith Best. Best drew fire in July for a tweet he sent from the account of his previous employer, former Rep. Tom Weatherston, R-Caledonia, calling voter ID opponents "the true racists."